Week 1: How the giants grew

What enabled Silicon Valley startups to evolve into massive giants? Why didn’t this happen sooner, i.e., why did it happen when it did?

the shorter-form, more visual content of social media platforms attracted a wider audience of people to the internet who would not have been interested before with the more intellectual and philosophical content that was more prevalent in prior years. 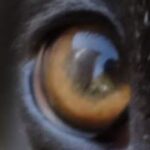 Good point. Hardware improvements (widespread broadband connections, higher bitrate video, cheaper processing power and storage space) also played a role in the tech giants getting traction at the time that they did. Can you imagine a robust social media on common 1995 technology?

@hampson That was my own experience. I was born in 1988. I grew up in a house not only without the internet, but without a computer until right before high school. I knew about computers, we used them sometimes in school and some others in my family (grandparents, uncles, etc.) had computers. But my mother was uninterested in getting a computer because she couldn't understand why we would need one. She had also used computers in school, but her computers were IBM computers that used punch cards. She assumed that is what my father wanted to buy. Eventually we did get a computer, and then later the internet. Only then did my mother realize why a computer might be useful.

The point is that early versions of many techniques and technologies are interesting to intellectuals and those who invent them, but to nobody else. It takes other kinds of people to realize how these technologies and techniques might be appealing to "ordinary" people. These other kinds of people (industrialists, businessmen, marketing people) have different priorities, mostly money. Profitability requires mass appeal. So elements that appeal are emphasized and the rest deemphasized. The internet is no different. Someone realized it could be profitable and, as a global phenomenon, it has been built on those foundation blocks, regardless of original intent. Part of profitability, in any business, is streamlining and centralization. That’s why nearly all businessmen are globalists, for example. How much easier it is to run a megacorporation if all countries have the same regulatory standards. This is also manifest in the way big tech oligarchs behave. Their work is easier, and they can make more money, if all the rules are the same everywhere they operate, and, they can make the rules. What megacorp wouldn’t want that!

I see this play out again and again. Academics are a peculiar breed, who simply see the world differently than most others. Invariably, they are bad at understanding what is appealing about their work and what isn't.

(Edit) And this coming from a man with two advanced degrees who works at a university. So not picking on academic types with any kind of malice. We simply don't always "get it".

It's a whole bunch of things.

Wikipedia is actually an exception to many of these, although I guess Peter would say that it's the exception that proves the rule since it benefited so markedly from Google traffic.