What problems of the Internet, exactly, are decentralized networks supposed to solve?

preventing the hostile takeover of collective internet resources by Big Tech monied interests; extending the freedom of individual liberties to the digital space.

Hey all, I'll be posting my answers later. You should all be watching the video premiering RIGHT NOW at https://www.youtube.com/watch?v=TOQg_HNPxQA !

Consider Android, a quasi open platform which is very popular and configurable. The hardware agnosticism alone didn’t solve that problem. Seems like we need to combine the two and focus on ease of use in order to get adoption beyond the inner circle of developer geeks.

Posting these as goals for decentralized systems, as I'm not sure they are strictly problems of the internet. More... Things that don't live to their expectations or could be greatly improved. The internet does solve them in many ways, just not well enough to stop there.

1. Stop digital censorship (I would argue, by ANY entity, and if not any, then who can censor? And does it do any good at all if some still can, who could then be possibly impersonated or replaced with someone worse? But this of course opens some serious bags of worms.). -- Note: Closed source ranking IS censorship.

2. Preserve our history (in a coherent equally searchable fashion). -- Our literary efforts, debates, and conversations can not be continually lost at another persons hands!

3. Open us to ALL peoples. -- If a person wishes to isolate them selves or build a social bubble, they must be able to do so or they wont use it, but we tend to build bubbles accidentally as well as have them built for us by language culture and the intent of others, we must be able and free to see all of what others themselves would wish to be seen, the disagreement that occurs, and it's history.

4. Open the economy of exploration techniques. -- Filters, rankers, and viewers of the popular now are far too closed. Only once they are open and their pre processed support meta data available to all, with mechanism to effectively share it at scale, will our ability to freely grow, learn, and explore scale with the growth in information, conversation, and spam.

5. Regaining Trust! -- If you cant ultimately see HOW you're information stream is filtered, you have, literally, NO, reason to trust it. Most prefer not to 'waist' so much mental effort on such things, but in effect, in such a situation... We should not trust our sources of information. But while skepticism is perhaps useful, how much mental capacity do we all at times waist simply saddened by this? This must stop! Only with the knowledge and capacity to directly effect it our selves will it (short of a not ideally recommended numbing adjacent).

Great answers so far. I'll work the above answers into mine.

The original problem that the free/public domain software that ran the Internet solved was easy distribution and uptake of networking technology. In other words, institutions like CERN made things like HTTP and HTML public domain in order to get the most people using the network. Besides, most of the original Internet users did not want to install proprietary software and make themselves dependent upon some other group. That was risky in the early days.

We no longer have those concerns. HTTP/S and email are used everywhere, as are hundreds of other protocols and thousands of major technologies. And for better or worse, many of us just do not care that much if we are installing proprietary software, or if they are empowering some other group—well, we might care, but not enough for it to change our behavior much. So we might complain about Apple's vertical monopoly, but we buy an iPhone anyway just because, as Hampson says, of ease of use.

Here's a way to think about the problem of centralization: technological power (so to speak) is concentrated in the hands of a few big corporations, rather than spread out around. That gives those corporations power over us, which they are free to exercise, whether we like it or not. Thus:

There are many other digital analogues of traditional civil rights. For example, conservatives are much less free than liberals and progressives; so we lack something like equal protection of the laws. Actions with significant impact, e.g., on our bottom line, are taken without any due process.

Decentralized networks are supposed to enable us to interact with each other directly, cutting out the centralizing middleman. If we are publishing ourselves to an open network that enables our stuff to be found, perhaps not by every content aggregating service but by freer, less controlling ones, then certain rights, like free speech and privacy, cannot be restricted by others.

@lsanger Decentralized systems ARE MORE STABLE. If one node fails, many others can pickup the slack. So not only is Big Tech unfair to outlier opinions, Big Tech has created an unstable internet, in effect a single node.

The future belongs to decentralized networks. Strategic partnership with alternate search engines, DuckDuckGo, StartPage, or other-- or better yet, the acquisition or creation of an open source search engine ought to be a strategic goal of Encyclosophere. 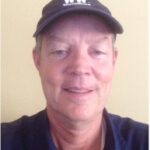 After watching the YT livestream, I identified the following as issues that could be addressed to ensure the success of the Encyclosphere