What is the Encyclosphere?

Imagine all the encyclopedias in the world, connected into one decentralized network, the way all the blogs are loosely connected. You've heard of the blogosphere; now, we’re building an encyclosphere.

"No small group of elites deserves the power to declare what is known for all of us."

Co-Founder of Wikipedia & Founder/Chairman of the Knowledge Standards Foundation 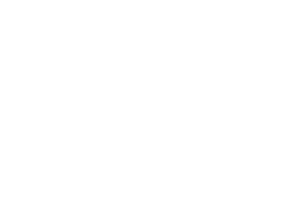 What is the Knowledge Standards Foundation?

A global group of volunteers creating the standards and tools for the future encyclosphere. We’re making a network, not an app.

How Can You Help?

We need developers, designers, writers, editors, thinkers, marketers, promoters and fundraisers—if you can imagine a role being useful to kick-starting a network, we need that. Join us by coding, blogging, and more.

Join us on Slack

Latest from the Blog

100% on board with this mission, which is very close to my heart. 1. Regarding ratings All ratings are manipulated. In 2015, Reddit accidentally revealed its users are being manipulated. The #1 entry under “Most Addicted Cities” on this now-deleted blog post is Eglin Air Force Base, a major hub for domestic propaganda and online… END_OF_DOCUMENT_TOKEN_TO_BE_REPLACED

Executive Summary After ten years of domination by big social media—which might finally be in decline—we are tired of giant Silicon Valley corporations using us contemptuously. We still remember an Internet in which we charted our own destiny. The encyclosphere will be the universal network of encyclopedias—an ownerless, leaderless, centerless knowledge commons. Like the blogosphere,… END_OF_DOCUMENT_TOKEN_TO_BE_REPLACED